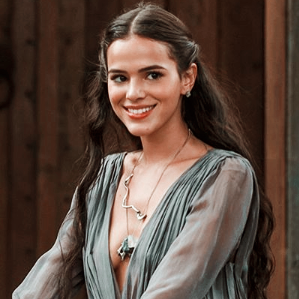 Trial
Jan 15
Rainore Riverscar - Council left a comment for Fawn Abigail Black
"Welcome to the Colony, Fawn!  Happy Swimming and Singing~ If you have any questions about the role and/or species, please don't hesitate to reach out.  Please go ahead and begin to edit your page, as well as setting up or replying to…"
Jan 2
Fawn Abigail Black commented on Libelle Ryoko - Council's page Guidelines
"Read and understood"
Jan 1
Libelle Ryoko - Council left a comment for Fawn Abigail Black
"Welcome to Timeless!  We are so happy that you have chosen to join us through the time eras where you can bring alive your roleplay vision! Please check out the Guidelines HERE which will help you get started. Once you have read…"
Jan 1
Fawn Abigail Black is now a member of Timeless
Jan 1
Welcome Them!

How did you hear about Timeless? ( Be specific )
on a roleplay site

Name: Fawn Abigail Black
Species: Siren
RP Era: Middle Ages - Onward
Face claim: Bruna Marquezine
Creator: Hawk Black
Once upon a time there was a beautiful siren who fell in love with a hunter. Though she knew that it was forbidden her heart didn't seem to understand that it was wrong. She wanted more than anything to stay with him and even wished that she had been born upon land so that she could but alas she had not. So she did the only thing that she could do she said goodbye to her handsome hunter unaware that she was pregnant with his child. Once that it was discovered she returned to him with baby fawn within her arms and she left him the only thing that she could. She left him with their daughter knowing that he would love and protect her and at least he would have a piece of her and a mighty big portion of her heart. The hunter moved them closer to the sea in the hopes that her mother might be return one day and to make sure that Fawn would be near the water that she so dearly would need. He also knew that he must keep her far away from the other members of his family and hunters least they kill her and he knew that he couldn't lose her too. He never hid what she was or he was and he told her everything about her mother that he knew. He made sure that she knew just how very much that the two of them loved her and that even though he could not be with her mother that he would always love her. For once his heart had been given to her there would never be another that could hold a candle to that so he never intended to even try. What he did intend was to make sure to teach Fawn everything he did know so that she would be able to defend herself should a hunter find her or any other being.

She grew to be an expert fighter with or without weapons eventually learning to utilize her song with her sword or any weapon that she used, fists included. While she could protect herself in human form she was surely lacking with her siren abilities for though she spent plenty of time at sea she never traveled very far from the shore. There was a whole other world out there and a side of her that she had yet to explore. She'd never traveled out far enough to meet that of another siren and she longed to find her mother but she felt guilty even thinking it for she knew that her father needed her. She knew that he had given up so very much to stay with her and protect her going so far as to remove himself from the rest of his family. How could she ever leave him? Her father knew her better than she thought and upon her eighteenth birthday her father told her that it was time that she set off on her own and learned all about her siren side and he wouldn't take no for an answer. Somehow he had known that deep down inside that she needed to do this and during a tearful farewell she promised him that she would return and she met to keep that promise. If only she could have known that it would be easier said than done.

So she set off on her own hoping to find others like herself who could guide her to her mother. She did find others just like herself and she learned so very much from them but despite always being surrounded by them she often would stare off in the direction of where she'd lived with her father. That in her heart was truly home to her and she did miss him dearly but her siren friends could never learn of him or that he was a hunter or she feared that they would seek to kill him and she'd rather die than for that to happen. They already thought that she was rather odd because she hated that in order to live that she must eat human flesh. Unlike her sisters who seemed to enjoy killing she wanted no part in the actual killing. Instead she would often eat from the shipwrecked sailors shortly after their death. That is until she happened upon an unconscious sailor and noticed that he bore an engraving upon his skin, the very same one that was engraved into the skin of her back which meant that they were family. She saved him instead swimming him to a small island where she left him upon the shore. When she returned to rejoin the other sirens they knew what she had done and were angry and intended to punish her until she explained that he was family. Only then did they agree to allow this man to live. She made sure to watch him from afar and she would wait until she was sure that he had fallen asleep before she would bring him food to eat and sometimes she would lay beside him just to watch him sleep always making sure to leave before he awakened.

The other sirens saw that she was becoming far too attached to this human of hers and they couldn't allow that. They couldn't allow her to leave the sea and follow him so they finally allowed a passing ship to draw near and spot him. The male never would know that he had been rescued by a siren that was actually a distant cousin nor would she learn of his name. Her parting gift to him would be a beautiful shell bracelet that she had left him in the hopes that he would wear it and she would hopefully be able to find him again one day. Once that she found a way to escape the family of sirens that had adopted her.

Welcome to the Colony, Fawn!

If you have any questions about the role and/or species, please don't hesitate to reach out.

Please go ahead and begin to edit your page, as well as setting up or replying to an existing open forum. I look forward to seeing where Fawn goes. 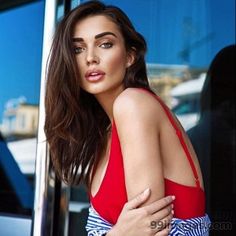 Citizen of the Realm Madeline Ezp-Colette

Unknown is now a member of Timeless
yesterday
Welcome Them! 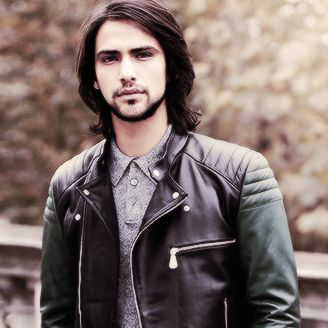 GypsyAsha Kothari left a comment for Spade - Council
May 9