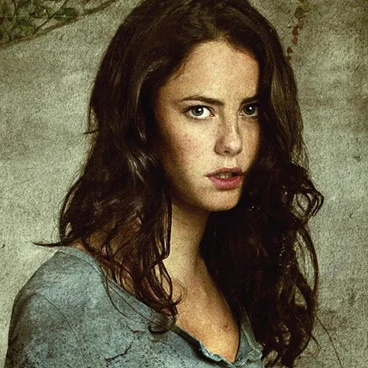 Please also provide a link to 1 Roleplay reply you posted AFTER March 31st 2021 along with the date you posted it, and a fun gif!Role Name: Link To RP*insert Gif*By June 14th 2021Human Renn PortsideFae Elyssa FrostmourneBanshees Honora AugustinLupines Elowyn RoutledgeGypsy Selina RahotepSanguine Richard WatsonDrakes Caia DurasReapers Andrew WhiteSee More
Jun 16, 2021
32 Comments 2 Likes
Rana Matrose replied to Brandon LeCreaux - Council's discussion Death Finds Us All (Brandon and Rana)
"It'd been a warm day, ships all navigated off radars and instruments now, so Rana had lost her place in the world a little. She tried her best to fit in, and failed miserably most of the time. Her 'friends' didn't seem to get her…"
Jun 11, 2021
Rana Matrose left a comment for Rana Matrose
"Who else can say they've been all around the world?"
Jun 11, 2021
Brandon LeCreaux - Council left a comment for Rana Matrose
"You know how it goes when you avoid it, Death finds us all."
Jun 10, 2021
Rana Matrose replied to Dante Tristan Wayland's discussion Uncharted Waters (Dante and Rana)
"It was hot, with particularly little wind today, not a cloud in the sky and the grass of the countryside blew dry and rattled in the small breeze as Dante rode by. The golden grasses climbed the hillsides and rough rugged rocks pocked through the…"
Jun 9, 2021
Dante Tristan Wayland left a comment for Rana Matrose
"Found you at last. Uncharted Waters"
Jun 9, 2021
Libelle Ryoko - Council and Rana Matrose are now friends

How did you hear about Timeless? ( Be specific )
Googled for RP Forum sites out of boredom

Have you ever heard the rain?

Rana was a pretty ordinary child, born to a sailor's family and raised along the port. there was a superstition in ye olde days about women or children on vessels that were deeply frowned upon and considered an ill omen. Rana and her father knew this and when he was taking pay to ferry people along the coast or upriver he reluctantly left her at home or in port with one of a few trusted friends. He noticed early on that his little girl seemed to always guess what to pack for weather on the trips. She'd caution him to take more buckets before surprise freak, out-of-season storms, or would chase after him at 6 or 7 with a wide-brim hat warning him of sunburn when the other sailors blistered under cloudy skies.

Her father took note of this and took more and more risk, sneaking her into the vessels for help or reliance on her lucky hunches. this worked well and he quickly became one of the more reliable sailors in the region heeding her hunches. once a day on the sea her father took a charge from a strange old seer that asked for passage south to a lesser traveled region. Rana's father asked her if she felt anything about the trip and she shrugged and mentioned it was oddly empty compared to most trips. On this trip, it was far from empty. the journey was riddled with freak snow, terrible squalls and waves threatening to bash the small sailing ship in half. Along this trip, the seer discovered the child and grew enraged. furious with her father's trickery he stormed off the ship at his stop and cursed her father, and his name and his line and more importantly he cast a curse upon the child and her incessant misfortune making the trip so miserable.

The whole trip back rained and stormed and howled along the sea and Rana fell ill and feverish through the whole trip. Her father nearly lost the ship or his life several times. Upon returning home he forbade her from sailing with him anymore and she grew and developed mostly as any other girl. she grew deathly fearful of storms and rain, even running water made her pause and sometimes gaze off in manic loss. She felt pain incredibly strongly but seemed to recover quite quickly, and her hunches of weather only grew stronger, in a way that she could predict within minutes and even catch glimpses or visions of the storm and its severity. She reached maturity in a normal life doing chores around the house for her father dreaming of courting someone she'd never meet. However, once Rana reached adulthood the curse finally took root and seared its way to her bones in a way she'd never imagined, every moment of her life was spent rapidly healing away any loss of growth or dying skin, keeping her beautiful and young but forever in agony. cuts and scrapes were momentary damage and scars for weeks or months at most but the pain at the time was like the world ending every time she was hurt. this was her life, the burden of the sailors' unfortunate child. Cursed to stay painfully ageless and beautiful as her father grew old and ill and died and the times changed and people grew and the world evolved, but never evolved so much to make her feel at home or at ease.

Who else can say they've been all around the world?

You know how it goes when you avoid it,

Death finds us all.

Found you at last.