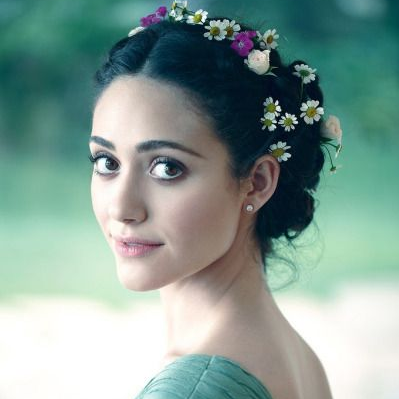 Harper Bellows was in the prime of her life. She was…Continue

Welcome to November Activity Check!-Since the seasons and holidays are upon us. I wanted to have some fun this activity check.Please fill out the following.I am active in the role of {Name Here}.Post a gif or photo of what you think your characters favorite food would be for Thanksgiving feast.!BONUS POINTS! If you post a link to a roleplay you replied to in October!MysticsVeronica BlankleyBansheesLilah HaleSee More
Nov 2
26 Comments 0 Likes
Harper Bellows replied to Selina Rahotep's discussion A Toast! (Harper and Selina)
"Harper looked at the woman, she couldn't put up with things like this and hearing or even witnessing someone go through something like this, boiled her skin. She knew darn well not to just idly sit by and watch. So she had to help. Even though…"
Oct 19
Harper Bellows replied to Dante Tristan Wayland's discussion Last Call (Dante and Harper)
"Closing time of the bar was sometimes the best. It gave her the pleasure to unwind from some of the longest days. She would work early eight am in the mornings just to finish at the restaurant to come back to the bar and work till two am and sleep…"
Sep 28
Harper Bellows replied to Harper Bellows's discussion A New Friend (Roni & Harper)
"Harper looked at the woman and smiled. "I never thought about a roommate. It's been a while since I lived with someone, my aunt and I were quite close and she never left instructions on how she wanted things done. I do miss her with all my…"
Sep 28
Harper Bellows replied to Selina Rahotep's discussion A Toast! (Harper and Selina)
"Harper looked at the woman as a smile seemed to stay on her face even though this man was getting handsy and just an actual jerk, she noted how calm the woman seemed. How many times did the woman deal with this on the daily? She looked as the woman…"
Sep 28
Harper Bellows might attend Devon Sawyer - Council's event

First of a few themed events over the next weekends in October.We'll be playing a scavenger hunt and then watching a movie.Winner gets a free header or edit of some kind by the mischievous nymphs that have been lurking around the site lately.Vote…See More
Sep 28
0 Comments 0 Likes
Harper Bellows replied to Selina Rahotep's discussion A Toast! (Harper and Selina)
"Harper didn't care for the type of people that came into the bar. When they were drunk it made for not the best people.It wasn't some small-town bar that kept people under bay either. It was the type where as long as the money was coming…"
Sep 11
Harper Bellows replied to Harper Bellows's discussion A New Friend (Roni & Harper)
"Harper shook her head slightly and tried to nod it off, not wanting to think of her aunt's passing. It hurt still too much to look back on that history. It was the written story, nothing she could do to change it. She was given those cards and…"
Sep 11
Dante Tristan Wayland left a comment for Harper Bellows
"Sorry for the wait, my dear. Last Call"
Sep 10
Selina Rahotep left a comment for Harper Bellows
"Hey, I got that starter up. A Toast! To new friends!"
Sep 10
Harper Bellows commented on Libelle Ryoko - Council's event September Activity Check
"https://timeless.ning.com/forum/topics/others-like-me-ashlan-harper"
Aug 31
Harper Bellows is attending Libelle Ryoko - Council's event

It is that time again! Activity Check Time!Please provide a link of a roleplay that has been replied to in August along with a gif of your character dancing in the comments below!DEADLINE: SEPTEMBER 12thHumans August HarwellSee More
Aug 31
27 Comments 0 Likes
Harper Bellows replied to Harper Bellows's discussion A New Friend (Roni & Harper)
"Harper smiled at the young woman. "No problem, quite literally my job." She said with a slight chuckle, trying to make light of the situation for a moment, sometimes a good joke needed to be cracked to keep everyone at ease. When she…"
Aug 29
Harper Bellows replied to Harper Bellows's discussion Others Like Me (Ashlan & Harper)
""Oh, well that sounds interesting. Never was into group religions or things like that. But whatever floats thy boat." She said with a smile looking at the woman before her. So much fondness as she spoke highly about her birthmark and what…"
Aug 29

Jobs:  Daytime Shift at the Diner || Evening Shift as Bartender

Birthmark: Sun on her left shoulder

Harper was born the oldest daughter of four. Her parents Clarice and Richard only ever wanted a son, so getting four daughters was a major disappointment for them. Deciding they didn't want to risk another girl they gave up on their dream spending their time away from home.

Harper's parents being gone a lot of the time left them in the care of her aunt Edna. Edna was her mother's quirky sister as she put it. Edna was a hippie as some would say, she was very into nature and the other things the world had to offer.

Harper and Edna bonded closely and was only 14 when she learned that her Aunt Edna was a Sorceri. She became intrigued and began to learn as much as she could. She wished she could become a Sorceri but her aunt explained what it would be like to be a ward.

Harper continued to practise. When her parents came back and vowed to be better parents. She wasn't interested, she was obsessed with her aunt and loved the things she was learning. Harper at the age of sixteen left home and ran to her aunt who lived in West Virginia.

Everything that she did she practised with enthusiasm. Harper was always a big fan of playing the guitar and singing. She loved that but when it came to magic she had just as much fun practising all she could.

Her aunt Edna was a big part of her life and she lived with her until the day she died. Sadly Harper was hanging with her friend Vicki when she got an unexpected visit at the front door. Her aunt was in a major car accident and they assumed she died on the scene.

Part of Harper died that day with her aunt. That was a year ago and it still ached her to the core. Her latest work has been at the local bar. She was left the house and there were still bills to be paid, unfortunately, none of her career in music ever took off, but with magic on her side, she always felt more fortunate than anyone in the place.

She also knew she wouldn't be taken advantage of, with the outfits and the types of people coming in and out she had something to protect herself. But she wished she could learn more, she always wanted to further herself but now that her aunt was gone. She had no one with magic.

Sorry for the wait, my dear.

Hey, I got that starter up.

A Toast! To new friends!

Hello, Love. I am open for plotting, so feel free to reach out to me with any ideas you may have.

Aww thanks so much!

I'd love to RP sometime! Just send me a quick inbox or catch me online and we can plot something!

Hey Lisa. Welcome to Timeless! Please check out the Guidelines HERE which will help you get started. Once you have read through those, create and send in your character for approval. If you have any questions, don't hesitate to reach out.

How did you hear about Timeless?
Through Eternal City

leah. is now a member of Timeless
yesterday
Welcome Them!