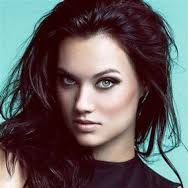 Roni ran through the forest under the light of the moon, wrestling away…Continue

Veronica was born the third child to the Lord and Lady Blankley. It was her Father who held the lordship and lands of the keep surrounded by a small village. It was to her Mother’s family pride that she was able to marry into a higher standing family. For you see her mother’s family were ones who practiced magic. The family was mostly made up of Wards, and her mother an active practicer, taught all her children. Veronica’s training started at the age of two. At this age her mother, older sister and older brother shared with her the burden of gathering and cleaning up of supplies. In that Veronica learned to be a perfectionist, after her own mother’s image who was obsessed with everything being just right and orderly. The older woman had to count on such things since she did not have the magic gift naturally or a very strong version. The same held true for her three other children. At the age of three, Veronica gained the envy of her older siblings, when what they had struggled with came easily and naturally to the little girl. Quickly and without meaning, the young girl had made enemies out of the people she lived with. The only hope for a friend within the keep became the child her mother was enormously pregnant with or a servant. Veronica often got more of her mother’s doting attention. It took the older woman two years of pushing the young child to the point of blacking out before she even realized that this child of her’s took after her grandmother and was a true born sorceri. Oh the joy that brought the woman, and the impatience to use the small one’s gift for her own needs.

When Veronica was not attending the lessons of a lady with her older and younger sister or working with her mother and siblings behind closed doors on their craft, she took to exploring the keep, village, and lands around. It had been easy enough to learn to sneak out; with the Lord often busy with matters during the day, and the Lady of the house only missing her when she was needed to perform a task, all Veronica had to do was slip past her older siblings that were all too willing to snitch on the young lady. It was only her youngest sister Alice that she ever told of her adventures outside of the keep, and eventually brought with her.  It was while she was on her own, practicing in a glade to perfect her own skills at the age of 8, that Veronica first found her skill at illusions. Keeping it to herself, she practiced until she felt good enough to cast an illusion on some stones to look like gold coins, that she then handed to some of the orphan children of the village that Veronica urged them to quickly buy food and clothing with.  Thus Veronica grew her skill of illusions helping those less fortunate then herself. For a couple years  her special ability was her own, until her youngest sister Alice fell ill. Then in an attempt to make the younger girl feel better, Veronica began to cast illusions around the room. During one such visit, Veronica’s mother stepped out from behind the drawn curtain. In that moment Veronica knew her younger sibling had shared her ability with their mother. Since then her forced sessions behind closed doors were no more about scrying,  or spells.

As the years continued,  it was soon only Veronica and Alice left in the keep. Veronica’s own betrothal was in the making, as was Alice’s thanks to        their  brother’s position at court.  It was after a visit from her brother that the guards came. She heard the clink of chainmail, the hoofbeats of the horses, and heard the screams that ensued from the household.  Luckily enough for Veronica she was down in the stables at the time, and when they checked there she was able to show them a scene of an empty stable besides the horses. She knew they were here for her and possibly her mother and sister as well. When night had fallen, after she heard the ruckus in the hall die after wagons and some horses left through the main gates, Veronica snuck out the back gate with her stead.

For days and weeks the young woman of 14 traveled in fear. She stayed to the forests when possible or as close to her horse’s back when not.  One day the pair stumbled upon a cottage upon the outskirts of the woods. There was smoke rising from it’s chimney, as well as more from a neighboring village nearby. With much hesitation, Veronica approached the cottage leading Galon towards the hanging food just outside that made her mouth water and stomach rumble.  It was there that she met the old healer Metia. The old woman encouraged the skittish Veronica to come sit with her inside the cottage and give an old woman some company. What Roni didn’t know is that she would be staying with old Metia for the next 4 years. It was there that Veronica  learned more than just potions and herbs that healed, but how to heal common diseases and torn flesh. At the end of four years, Roni left the small cottage that had become a home, after saying goodbye to her first true friend whom she had given peaceful visions to until her last breath. Since leaving that cottage, Roni has traveled to different villages as a healer/ apothecary. In my 25 years of life, I've decided to simply be called Roni. My petite frame stands at a towering 5'3", and what you won't see is the lines of my coven's birthmark on the back of my neck. Forgive me if I offend, but I'm -->  Tenacious, Vigilant, Charitable, Outspoken, Perfectionist, Compulsive, Evasive. Currently there is no one special in my life to share it with besides my travel companion Lonnie. I enjoy the hearing chords of music and being out in the quiet of nature. I'm opposed to sudden loud noises and overly crowded spaces. Oh and I don't take kindly to liars and traitors.

The damsel is officially in need of saving *winks*

A Place For You Too

We should set up a roleplay sometime!

Hello, Roni. Welcome to Timeless. Feel free to reach out with any questions you may have.

How did you hear about Timeless?
Recommendation