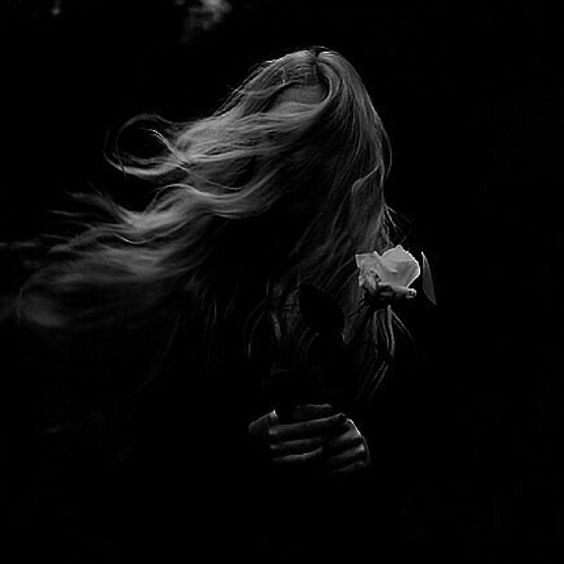 “It kills me sometimes, how people die.”
-- Marcus Zusak.

Reborn she was, inhaling the same air as the living, for she was now one of them; earth stained and all. With shaky limbs, the kiss of death permanently glossed over dulcet lips, she cried to the moon a ghost story of a girl that travelled to the afterlife, made peace in the river of souls only to be washed ashore as a manifestation of death to the living.

The wind impeccably encircled the dainty frame; whistling in delight, luxuriating at the wonder which had occurred on an unspoiled, still, autumn night. Crisp, autumnal leaves pirouetted in her wake, nocturnal animals scurrying, warbling and lurking within the protection of the surrounding woodland; isolating themselves away from the sinister gathering which laced through aisles of gravestones.

The soul reincarnated wobbled upon unsettled soil, a peaceful home ground for bones and ruin, disturbed by resuscitation; moonlit skin polluted by dirt stood disorientated and bewildered. Greeted by cloaked women, chanting words of the unknown into the dancing breeze; summoning past sisters to accept the fledgling.

The inability to comprehend the hysterical mutterings behind her eyes and the befuddling scene in front of them allowed the newborn to reluctantly accept the offering hand which was outstretched before her.

The woman’s crooked fingers enticed her closer; she provided a shoulder for her to lean her weary head on, a warm embrace which oozed Mother like qualities. Caressing hushing sounds, tenderly attempted to try and control the panicked breaths which rattled against the cage that kept them there; her diminutive form being gently rocked, as she silently wept into the lady’s chest.

Hair rich with golden specs, lips the colour of pomegranate seeds, she bloomed within the silence of nightfall. To flourish within a garden planted by the Matron would gain a thorn like reception, easily bled by one disapproving glance; one pick would surely wither her into becoming a wallflower only to grow around already passed souls.

To allow her vines to intricately drape around her deceased sisters and ancestors, to summon their strength and ability to perceive and influence death; to build upon prior knowledge thus strengthening banshee aptitudes.    “– In death we prosper.”

Matron, they called her; nothing more, nothing less. The name haunted the hallways, echoed round spacious rooms and more importantly, it etched itself to the back of every young banshee’s throat.

(Yes Matron, No Matron) Robotic, monotonic and lifeless; character, personality and individuality all relentlessly stripped from her children, plucked with precision and ease.

They are one of the same; they are a moulding of her.

– And soon you will be too.

The Matron smiled, a wicked curvature possessing ageing lips; backs of bony fingers running the length of Ciara's flushed cheek. She would find today, a rebellion, a resistance against the norm. A child denying their parent’s guiding and she would deal with such behaviour accordingly. Authoritative parenting style would be applied to tame the youthful, naïve girl.

To punish her, would be palpable – but to punish another for her actions would be heinous yet necessary. She would expose her to the cruel repercussions which follow such impulsive and undesirable decisions; to place weight upon her moral compass and her empathy towards her sisters.  Ciara would bear witness to the lengths the doyenne woman would go to get what she yearned for – control and conform.

That night, she would retreat to her room silently and unpunished; the walls would whisper of the events of that evening, shuddering in delight of the new found excitement. It is within these four walls she would attempt sleep, in the midst of wailing sisters and sleep walkers.

It is here, in dreaming, she would find serenity from the buzz of constant chinwag of poison dripped words which would lace through and possess each ventricle of the mind; it is here, the voices of the unseen struggle to devour her.

Vindictive coated utterances would greet her each morning, spitting words of venom until satisfied she would remain; it is only then they would return to their norm of daily torment and haunting. Many mornings passed, unpunished and unaccounted for, until one grey tinted sunrise, where she found she would favour the mocking voices over the cruel intentions of the Matron.

The chill would engulf stirring muscles, crawling itself up the length of her curves; coating organs with rime, the sensation of an unforgiving death made itself known. She would weep for the predicted frozen demise before bracing herself for the scream of confirmation; yet, this confirmation never came.

A forceful gloved hand clamped upon blue lips, grey tinted eyes wide in despair; the Matron stood before her, forcing the fledgling to swallow her scream.

-Hush little one, that one isn’t yours to claim.
(But it will be your sister’s.)

Excruciating pain followed, jolting limbs and muscle spasms responded to a suffocated scream; a harsh impact upon the diminutive framework of the young banshee. Nails ripping satin sheets, wisdom teeth grinding and clenching whilst the death of another evaporated from her being; the wintery storm, leaving her slowly, then all at once.

The lure of death a distant memory, the ability to predict death clouded and unreachable; much like the voices –

Silence tore into her with a talon, contaminating her blood stream with an unsettling loneliness. No one knew of the sugar coated addiction she had to them, even in their cruelty. It is then, without their company, she followed mournfully after her Matron.

Glass walls surround her, rough finger pads sketching faint cracks at its surface; the room dark, a place light could see and be tempted but could never touch. It held nightmares, echoing reminders of merciless decisions.

She waits, seething with innocent curiosity.

-You wanted to play master, witness your puppet.

The Matron coos, taking possession of the delicate shoulders before her; guiding her wildflower child to feast her eyes on the chaos of her own making. Chaos in the form of destruction fashioned bruises on flesh like wildfire.  A dark and brooding storm intricately swept across its canvas of fragile skin; lightning licked bones cracked at the seams, thunder touched screams echoing at the mouth. Through this devastation, her skin was the colour of a vibrant sunset, a paradise soon to be forgotten.

Death as sweet as nectar upon her tongue, she couldn’t look away. It consumed her, watching death eat death whole; her sister, a wasted beauty crumbling to ash. Clammy hands covered an agape mouth as paralysis set in; she watched as the soul edged itself closer, enticing the reapers to come forward. To be harvested before being released to the ancestors.

The sister, loyal to her Matron, plucked like a weed rested upon the crimson stained floor; broken and bent waiting for the final verdict.

To be saved or to be devoured by her screams. 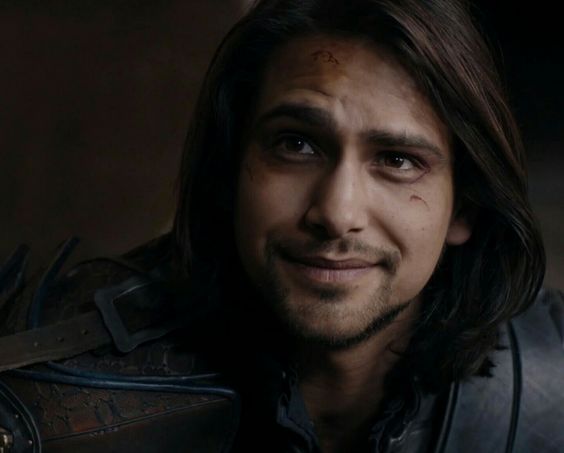 GypsyDice left a comment for Luca Rahotep - Council
2 hours ago

GypsyDice left a comment for Luca Rahotep - Council
2 hours ago