Timeless is a fantasy roleplay site set in an infinite timeline throughout the span of history.


Members are asked to create their own, original roles based on a species of the site and send an application to its Council Member. After approval, you can then choose whichever time period discussion would be appropriate for your role in the forums and begin your mark on history! Click HERE to begin. 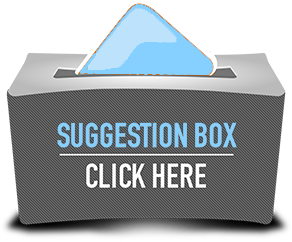 There are no birthdays today

When the Titans first created their Gods, they never imagined what would come to pass in doing so, for these Olympians soon wanted complete power over all the world, even if that meant dethroning their creators. Ruled by the strongest among them, Zeus led a battle campaign that would rid the earth of not only his makers, but of all the Gods in the world that were not his brethren.

Soon the Gods from all cultures began to realize the destruction this war was causing and they were either forced into hiding or thrown into Tartarus when opposing these Greeks. The darkness of hell began to twist the minds of those that could not escape the wrath of Zeus and not long after, they had all forgotten who they truly were when they were once above ground.

Kronos, the titan and father of Zeus, was able to escape from Tartarus and with him he took many of the Gods that could control time from all different beliefs, including Chronus, Huh, and Janus, with a promise that they would right the wrongs that were done to them. Little did the other deities know, but Kronos was solely looking for revenge against his son and would do it by whatever means necessary.

The spell to undo what had been done cost the lives of many of the time Gods as their blood was spilled dry and in doing so, Kronos altered much of the threads that were bound by the weavings of fate. The destinies of many were rewritten and the lines of time blurred and though Kronos was able to break open the gates of Tartarus for all the Gods to once again climb their way from hell, he did not prepare for the side effects that caused this interference with time to also wipe the minds of all the Gods.

Now with many of these new beings walking among the species that they in turn helped create without remembering, the world’s fate is ever changing in these broken timelines.

— and all that is not timeless is timelessly out of date.

Libelle wasn’t often one to go into the town, yet she found as the years had gone on her girls worked hard…Continue

Bounded from the start (Vega and Libelle)

Ireland had been her home for the last few years, she knew the people around her village, she had love or so she thought. Roderick had used her and cheated on her, worst of all when she found out she killed the woman he cheated on her with. That…Continue

Of Monsters and Men (Elyssa and Jeovani)

She fucked up.No, she really fucked up.Her job and carelessness don’t go hand in hand, she knows that, and she let herself get careless anyway. Now there’s a whole fucking mob after her and she can only be grateful that she had the foresight to…Continue

Behind Closed Doors (Kyan and Phillipe)

Kyan smirked as he fell backwards onto the bed. The girl he'd chosen for the night, whose name he'd completely forgotten already, walked around the bed, swishing her skirts about. The king turned on his side to watch as she coyly began undoing her…Continue

Opal Anais Hale is now a member of Timeless
yesterday
Welcome Them!