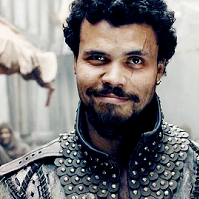 Aislinge Ó Braonáin replied to Ezekiel Neo's discussion Helping Hand (Ezekiel - Open Thread)
"Helping Hand How could this happen? “Let me go!!” Her cries rang out into the forest which seemed to echo off the trees, making her feel even more alone and helpless. Moments ago she and Mr. O’Donnell had been attacked on the…"
Aug 20
Ezekiel Neo posted a discussion

As the night closed and the sun drew in the morning sky, Ezekiel cast his gaze to the sky looking to the smoldering pit that the fire that had burned out in the night. He shifted back into his human form learning many years ago it was much easier to sleep in his wolf form especially on cold winter nights. Pulling on his clothes quickly hopping from one foot to another before letting out the steam of his breath meeting the cold air. Town wasn’t far from where he had camped, he was rather sure he…See More
Aug 4
1 Comment 0 Likes
Ezekiel Neo and Asha Kothari are now friends

Lupine Gypsy
May 17, 2021
Spade - Council left a comment for Ezekiel Neo
"Welcome to the World of Wolves.  Please don't bite anyone. Unless it's my brother Lu. I'd appreciate it if I didn't have to defend you before the rest of the Council here.  Enjoy!"
Apr 28, 2021
Ezekiel Neo and Elyssa Frostmourne are now friends

As the night closed and the sun drew in the morning sky, Ezekiel cast his gaze to the sky looking to the smoldering pit that the fire that had burned out in the night. He shifted back into his human…Continue

Running in the night, lungs on fire, I will find you. 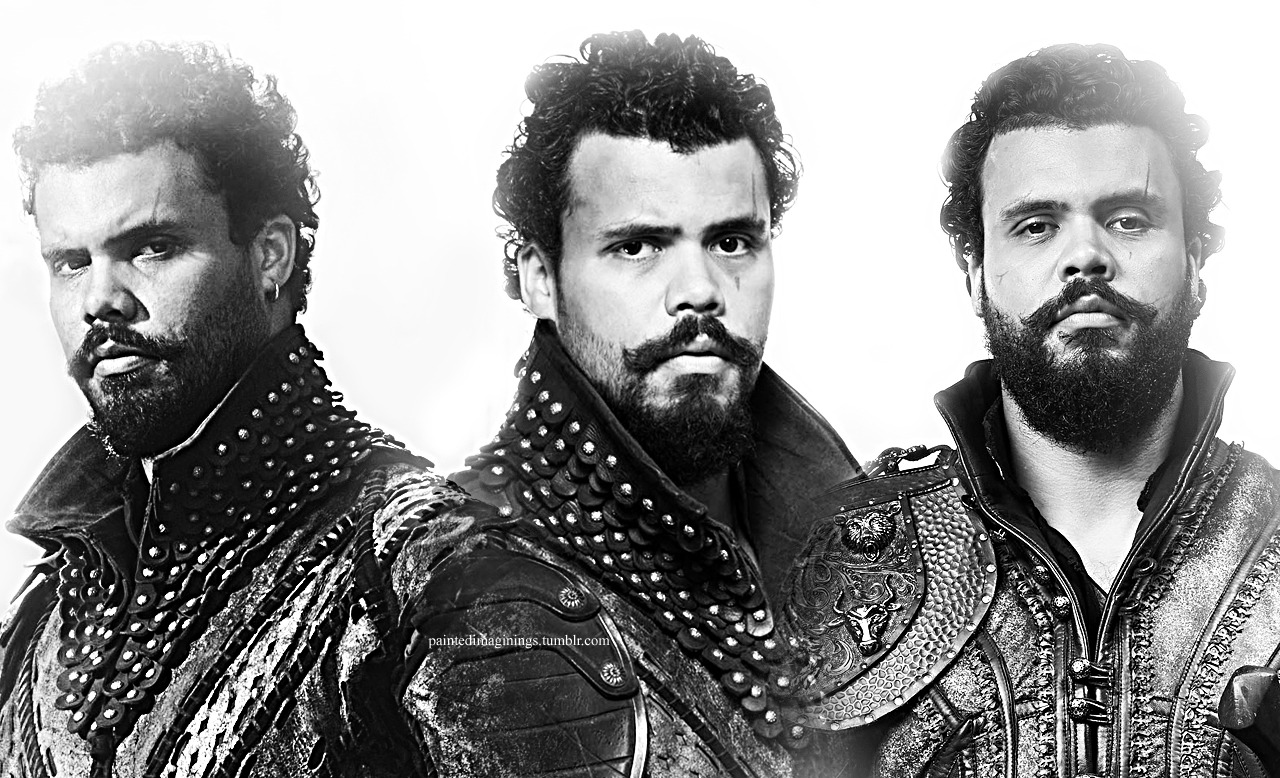 DISTINGUISHING MARKS Scar through his left eye.
OCCUPATION Mercenary; Seeking Revenge.
HOMETOWN Kalana Tribe in Africa.
PRESENT RESIDENCE Roaming Europe
MARITAL STATUS Married; Madly in love with Honora. Unsure if she is dead or alive.
Date of birth April 9th (Looking 30's)
Zodiac Aries
skills and abilities.
THE GOOD Protective, Faithful, Devoted, Curious.
THE BAD Short-fuse, Blunt, Off-Putting, Loud.
MASTERY Sword fighting, Hand to Hand combat, Lycan abilities,
Drinking, Tracking, Hunting
past present and future. One could only hold a throne if their people support them, or fear them. The Kalana line of wolves were a pack valued for Royalty. The alpha often had a Luna but often mated with who he saw fit. That is how Ezekiel came to be, he was considered a bastard of the Alpha and the eldest child to the alpha. The Alpha’s Luna viewed the child as a threat to her own children’s claim to the throne that she took Zeke from his bed one night. She carried the young toddler to the cliff and looked to the crashing waves below. She muttered a prayer and then dropped the screaming Ezekiel into the water below.

The night that his young body hit the icy waters was meant to be his last but fate had a way of controlling things others wish to dispose of. The sirens of the deep saved the child and dragged him to the shore of a new land, one that would bring him his own challenges. The Siren who saved him was named Xeona, kissing his head. She wished to keep him for herself but wanted him to have his best chance. Placing a seashell necklace around his neck she moved away from the shore line with one more longing look to the child.

Zeke was awoken by the harsh sun beating down on him. He stumbled his way into town and cried for help. Eventually things were thrown at him and he found his way into a dark alley to sooth his own soul. He joined the life of many children of that time. Being known as a street urchin. Begging for scraps stealing when none would come. It was when the full moon came and his first shift happened did he realize he was not like the other children.

None of the friends he had made care to spend time with him believing he was a monster. Zeke continued for years to be a loner on the streets running and stealing. When he was thirteen he had gotten good with the cards that had been dealt with. When he caught the attention of a man named Quinton Augustin a french man who saw a potential in Ezekiel. He knew he wasn’t human with his own experience of being a Drake. Quinton offered Zeke a bed to lay his head and food to fill his belly if he was willing to join his group of Mercenary. They often worked in transporting people back and forth from safety.

That they often worked for royalty and Zeke would have to be trained day and night to earn his keep. Zeke, not ever having a home, feeling vastly unwanted most of his life was weary of the offer. Yet the fact someone saw value in him caused curiosity, the turn in his stomach made his choice for him. He agreed and joined him on the road making his way back to the base his clan seemed to be. It was filled with people from all walks of life trying to make France a better place.

So Zeke was thrown into training and proved that he would be an asset yet still stayed closed off emotionally when it came to getting close to anyone among the Mercenaries. That was until he met Quinton's sister Honora. Zeke became smitten with her and often felt like he was fighting a losing battle to focus on the training he was to do. Zeke had become used to his wolf side and understood when he had to shift. So the night of the full moon he snuck away from the group yet unknown to him Honora followed him.

She wanted to confess her feelings only to watch him shift in front of her eyes that night. Zeke after shifting knew that Honora was there. He approached her in his wolf form and she accepted him. When the day came and he woke up naked there in her arms she told him how Quinton wasn’t human either. Which Zeke knew by his scent. She explained how they had the same father and Quinton saved her from a life of being sold off. Zeke felt a strange connection as they both were not wanted by their family.

From that night on they had a budding romance that was well known among the others of their order. Zeke fell head over heels for Honora and would do anything she asked of him. The pair got married, and planned to start a family in a few years. It was the happiest that Zeke had ever been in his life. Growing into a young adult among the Mercenary gave him hope for a family and to be a good father to his children.

One night Quinton and Zeke left for a mission. Upon their return, they were greeted by ashes, pieces of bodies that survived scattered. Floored Zeke was thrown into a blind rage that caused him to shift howling digging trying to find a piece of Honora anywhere.

It took Quinton releasing his sleeping gas to stop Zeke from turning into a full rampage. When Zeke woke next he was bound with silver laced rope to keep him weak as Quinton needed to keep him in place and still and awake for his next set of plans. Quinton explained to Zeke that he was pissed and hurt and upset that they had lost their people. Yet rage and anger wouldn’t help them find out who did it.

That they needed to be smart, work in the shadows and figure out together who killed their people. Along with if any of them were still alive. Honora could still be out there somewhere. Zeke agreed not to lose his cool and the pair could work together. If Honora was not alive he would at least get satisfaction out of killing everyone that had a hand in her death.

His future had been taken from him, and he would spend his life seeking to end that of those who took it from him.

The sister to the man that took him in. She is the woman who saw his beast and still chose to stick around him. She was the first he fell head over heels for. And she has been his guiding light. She convinces him time and time again he deserves more then he thinks he does. So with the idea that she is dead currently is driving the Lupine mad as he searches for her.

Welcome to the World of Wolves.

Please don't bite anyone. Unless it's my brother Lu.

I'd appreciate it if I didn't have to defend you before the rest of the Council here. 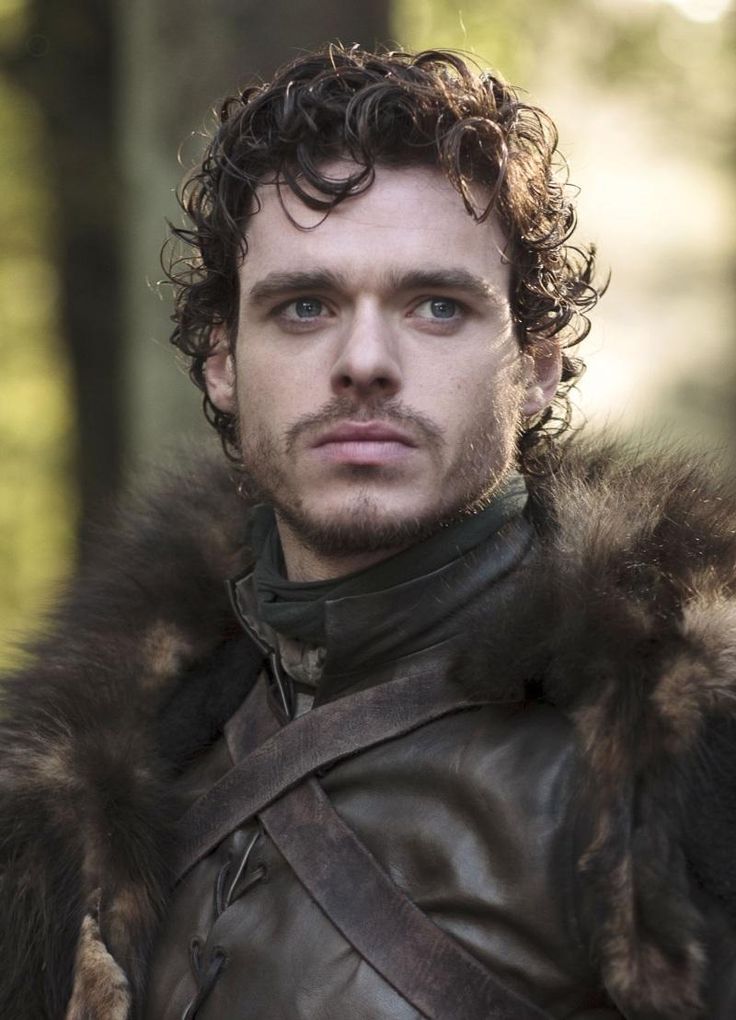