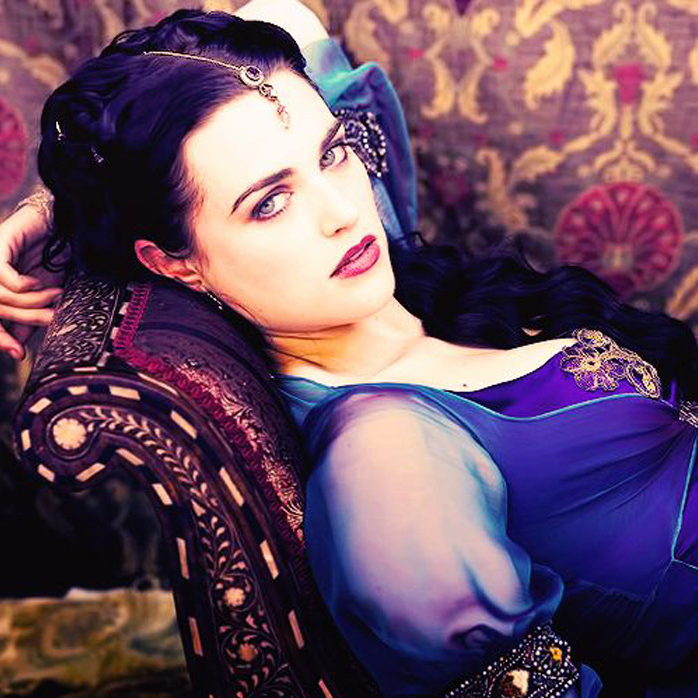 What could one say, time had started to flow in a way that she no longer knew what era it was truly. Though at the end of the day time was just a construct to her. She could be anywhere, anytime,…Continue

Mess with me, I dare you. 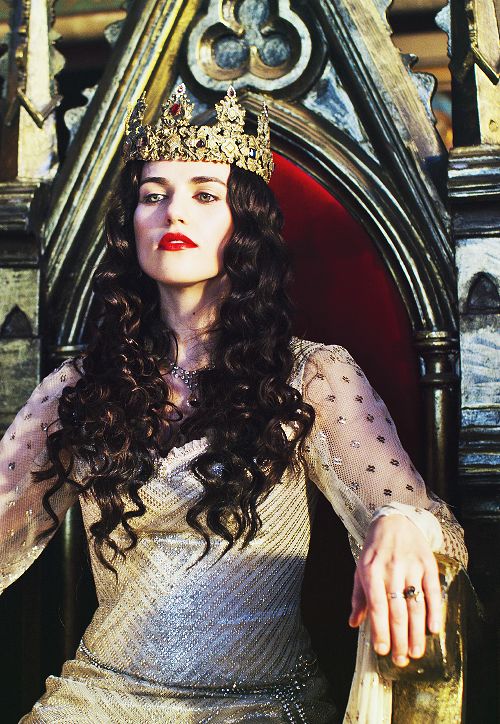 The Outside 5'05", Slim, 131lbs, Hair - Dark Brown, Eyes -Green, blue, or orange.
distinguishing marks Scars grace her flesh from close calls but the most noted scar is an X along both her inner wrist that she will not give history on to anyone.  Spine Tattoo
occupation Lost Princess; High Sorceri
hometownKingdom Coastillon
present residenceHeld Captive by Heracles Skaði
marital status Mad man broke her.

Abilities, skills and Traits.
the goodConfident, Powerful, Resourceful, Dauntless
the bad Vengeful, Combative, Hostile, Mischievous
Magic As a Sorceri Clarice was born with magic, but what makes her rare is her magic is powerful beyond imagination, Even she doesn't know her limits yet.
Immortality Clarice was the first Sorceri to create an immortality potion as many others tired after her only a few were able to make an elixir that worked but none as effect of Clarice's original one. She only has offered it to a few people in the time she has been alive.
Fighting It was uncommon for a woman to learn to fight, but after being locked away against her will and facing reality, she knew she needed to learn to protect herself against anything. So she trained in many different fighting styles through the years.
Weaponry Clarice chose to learn every weapon she could get her hand on, in order to protect herself further.
Artistic outlets Painting, sculpting, writing, music instruments, you name it Clarice has dabbled in it over the years.
Teaching It is extremely rare that Clarice takes on a student as she spends much of her time alone, but when she does it means she seemed greatness in them and wishes to mold it for the better.
Loner Clarice separated herself from others after losing a coven member who tried to save her, this caused her to face the realities of death.
Habits Being immortal allows one to indulge in things that others would be chastised for without caring. Her weaknesses are drinking, sex, and things normal humans couldn't handle.

past present and future. At the birth her name was Edith Anne Coastillon, she was born into the house of Coastillon, one of the most royal families to rule the lands now known as the United Kingdom. Shortly after birth, Edith began to show signs that she could wield great magic. This magic she carried scared her parents greatly as their seemed no way they could control it.

Her parents went looking for help but what they were met with was a Coven of Witches who had heard of Edith feeling she was the child that would fulfill a great prophecy. The witches took Edith that night and raised her as a member of their coven, thus she was named Clarice Lilith De Biville.

Clarice was trained in her magic from that day forth, she passed every task that was placed in front of her as if it was nothing. The older she got the stronger she got and soon she was the leader of the coven. With ups there comes downs though, the moment Clarice thought she could own the world she met a Sorceri, a man skilled in magic that surpassed what the Witches could show her.

The Sorceri went by the name Prospero, the moment he set eyes on Clarice he was obsessed with the power her body seemed to hold. Clarice left her coven into the arms of this man who promised to show her the world of magic none like she ever knew. For years she studied under him until the days she began to surpass his own skill causing Prospero to become jealous of Clarice.

Placing them around her wrist they tighten and the x shape charm on them buried itself into her flesh. The moment the bracelets were placed on her wrist it was as if she became passive, she followed every word that Prospero gave. For years she was his slave until one of her old coven members came searching for her.

When Sapphire found her, Clarice was a shell of the woman she once knew. Ripping the bracelets away knowing they were a source of magic causing the x marks on her flesh to burn as her power was restored, but not without their side effects. Sapphire became ill for she was the one to remove the bracelets, but they were able to make their escape back to the coven.

Clarice watched Sapphire die slowly as black spread from her hands into her veins, Clarice tried every way to save her that she could think of but her efforts were fruitless. As they burned Sapphire’s lifeless body Clarice looked down to the x marks on her wrists, it was the first time she had to face the death of someone close to her. It struck fear into her as that could have been her.

Clarice stayed close to the witches but far enough away from them so they could not be tied to her. She worked on many things throughout her lifetime but her greatest achievement was a potion for immortality. She created the immortality potion for just herself for she feared death more than anything, but taking the potion caused her to see visions of the future.

For years the visions drove her mad until the things she was seeing started to come true. She knew she had to take this power in her hands and learn how to make the future the best it could be. She saw visions of Arthur and his knights and a Sorceri named Merlin. So her journey through time began....

As Clarice placed her life on the line to save a village lit ablaze, as Heracles and his men helped her, but her good deed was wasted as Heracles placed what seemed to be a magical cuff around her and one on his wrist, connecting them somehow. Confused and not sure where she is, she is watching him closely. Trying to understand his actions. To be continued...

Since becoming high Sorceri Clarice found herself trying to make the world a better place. Though some of her methods were misguided. She knew she needed a bloodline that was touched with magic but was all human. She needed the bloodline to keep the realm safe in the end.

Everyone thinks Merlin was the most powerful Mystic of all time, but that is only because Clarice chose to keep her name out of history, as a person that defies times it isn't exactly easy to go around if everyone knows your name. Clarice sent men to Arthur, even gave Tristan the elixir of life so he would be able to serve Arthur. Then when the time came she placed herself in all of their lives keeping them alive. thread tracker.
A Touch of Fae with Kyan Raventhorn Active
Unwilling Captive with Heracles Skadi Active
Well, I touched it so its mine with Hawk Black Active
All I've Ever Wanted with Ostana Bellinfold Active

Remember that time we found out we were cousins?

Yeah, that wasn't awkward at all...

You can tell yourself that all you wish...

... But with an outfit like that or lack thereof, I know you have given many a man hope. Not me of course because again...

I hate you, Which.

Do not give me hope I will just kill it.

You know I hate you truly and honestly. Now if you could only be truthful about how you really feel about me. *sighs* but you will lie.

I have always been nothing to no one. This is not anything new.

*scoffs* the lives you have twisted mean and are nothing.

And in the end, I guess neither are you.

The feeling is mutual, Witch.

But in the battle of villains we both know I'm far worse.

Now now, Witch, you know better than to make it seem like you care.

It's Kuzco's face for me.

It's mine! No touchy